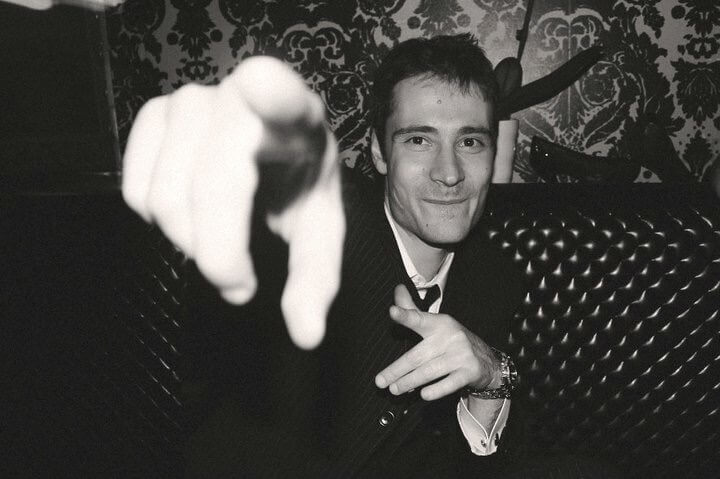 Born in the former USSR into an acting family, I guess one could say I have been destined to be involved with arts. With the collapse of the Soviet Union my family and I were compelled to leave Russia until things calmed down, after a decade in exile we returned. In that time I spent much of my childhood in Europe and the US, going from one school to another, unable to form lasting relationships my books became my best friends. Its probably no surprise but mother Russia was always on my mind and I was facinated with her history. When I returned in the early 2000s it was the same time Vladimir Putin was about to take on the presidency and it was hoped to change the course of the country's future. I spent the next several years producing and reporting stories, covering war conflicts and major events in Russia and her former Soviet states. A short list of major broadcasters such as CNN, Reuters, BBC, Bloomberg put my passion and talents to use. After nearly a decade of working in the news and living in Russia I needed to change things up and headed to the other America, Canada. It was here I made the move to longer format storytelling making documentaries and feature films with the occasional high concept commercial. If its never been done before, I need to think outside the box and make an impressive impact, what I discovered is I really shine with any special project. Special projects being a serious challenge they test me in ways other formats do not.   Presently I am developing a feature in London, a TV series in Warsaw, optioning film rights for a book in New York or shooting on location in Toronto. My projects include, to name a few, a special edition of Last Week Tonight with John Oliver: interview with Edward Snowden, a short film project with Harmony Korine and Val Kilmer for Vice, a special project with The Daily Show with Jon Stuart, numerous documentaries for Vice Media. The recent feature documentary Red Army, that I have worked on, was picked up by Sony Pictures Classics for distribution, premiered in the Special Screenings section at the Cannes Film Festival and was a major success at festivals from Telluride to TIFF. My vision is influenced by film makers such as Robert Bresson, Andrei Tarkovsky, Ingmar Bergman, Stanley Kubrick. 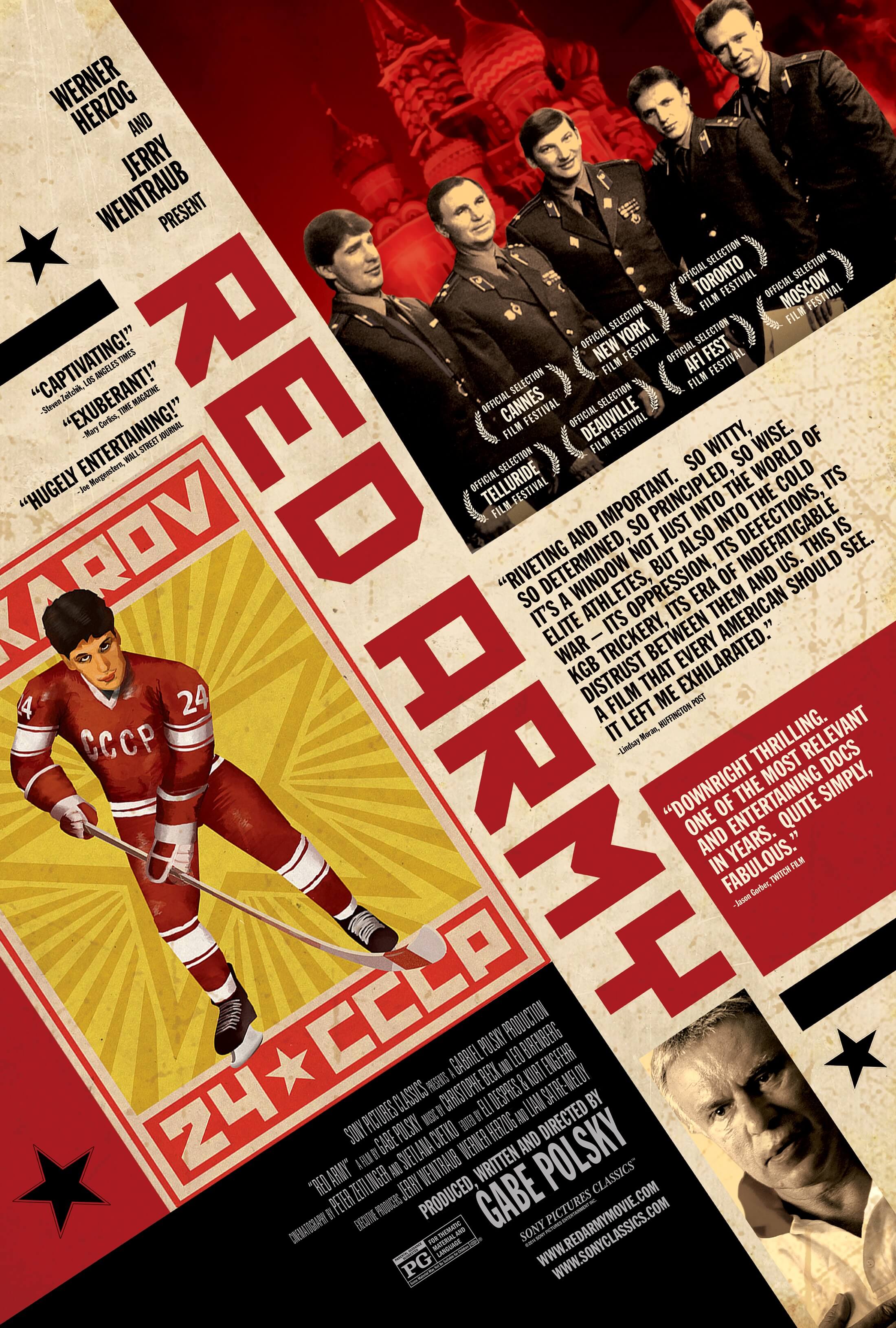 From Oscar nominated and Emmy award-winning filmmakers, RED ARMY is a feature documentary about the Soviet Union and the most successful dynasty in sports history: the Red Army hockey team. Told from the perspective of its captain Slava Fetisov, the story portrays his transformation from national hero to political enemy. From the USSR to Russia, the film examines how sport mirrors social and cultural movements and parallels the rise and fall of the Red Army team with the Soviet Union. RED ARMY is an inspiring story about the Cold War played out on the ice rink, and a man who stood up to a powerful system and paved the way for change for generations of Russians. 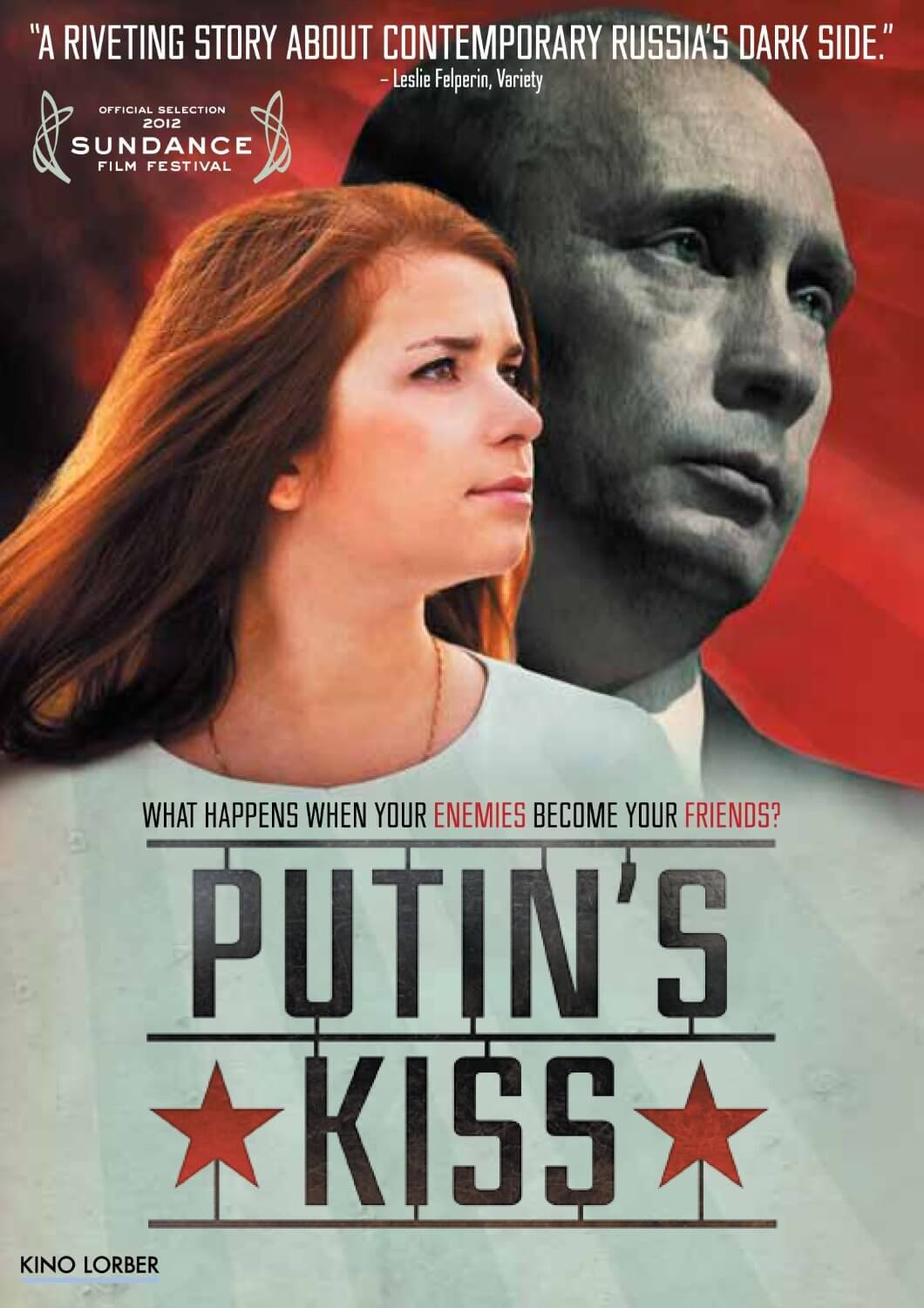 Masha Drokova, a member of the pro-Vladimir Putin youth movement known as Nashi, begins to have a change of heart about the Russian president and her organization. 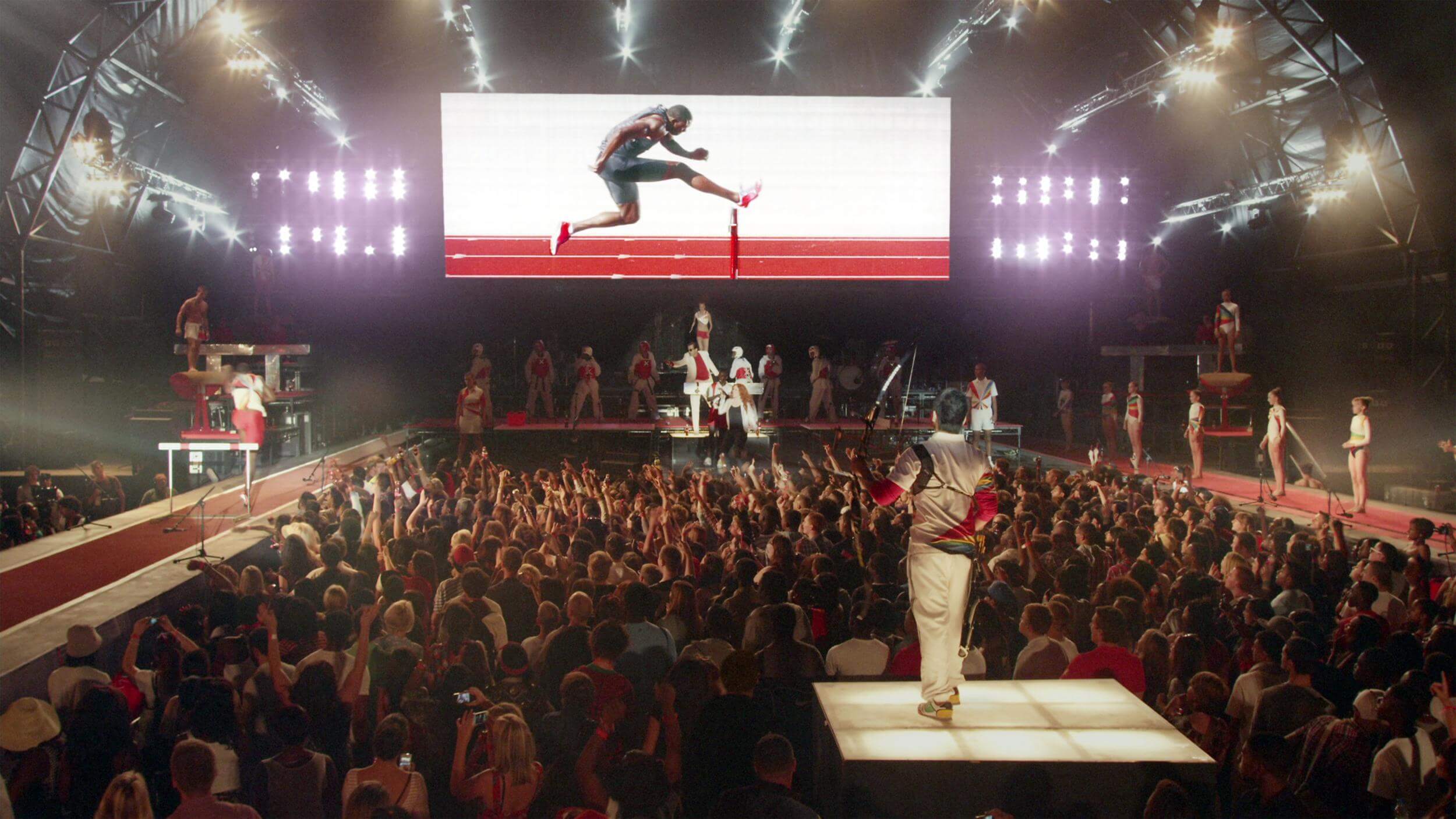 Mark Ronson and Coca-Cola traveled the world to create a new dance track using the sounds of sport from 5 Olympic hopefuls. 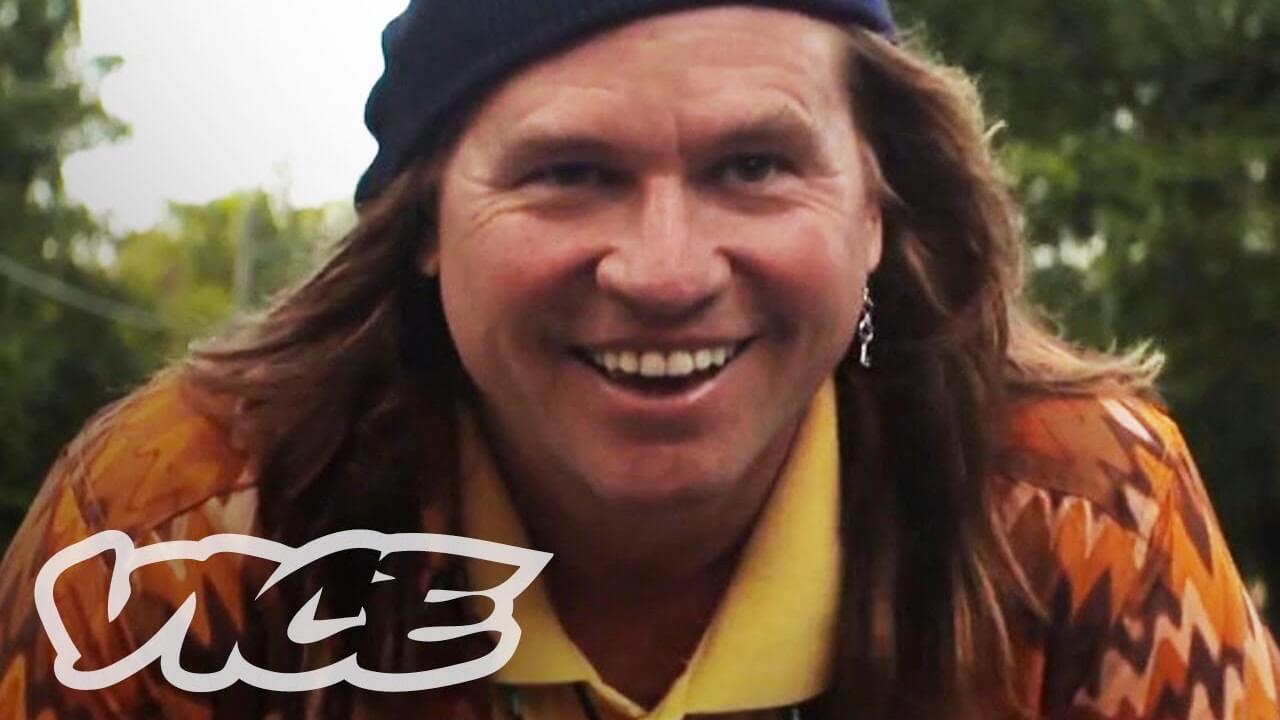 Teamed up with Grolsch Film Works and three directors we made three short films about that most elusive and confusing of dimensions, the fourth. Then, we took their work and smooshed it into one feature-length film, which is  as close as one can get to the fourth dimension without getting sucked into a supermassive black hole. 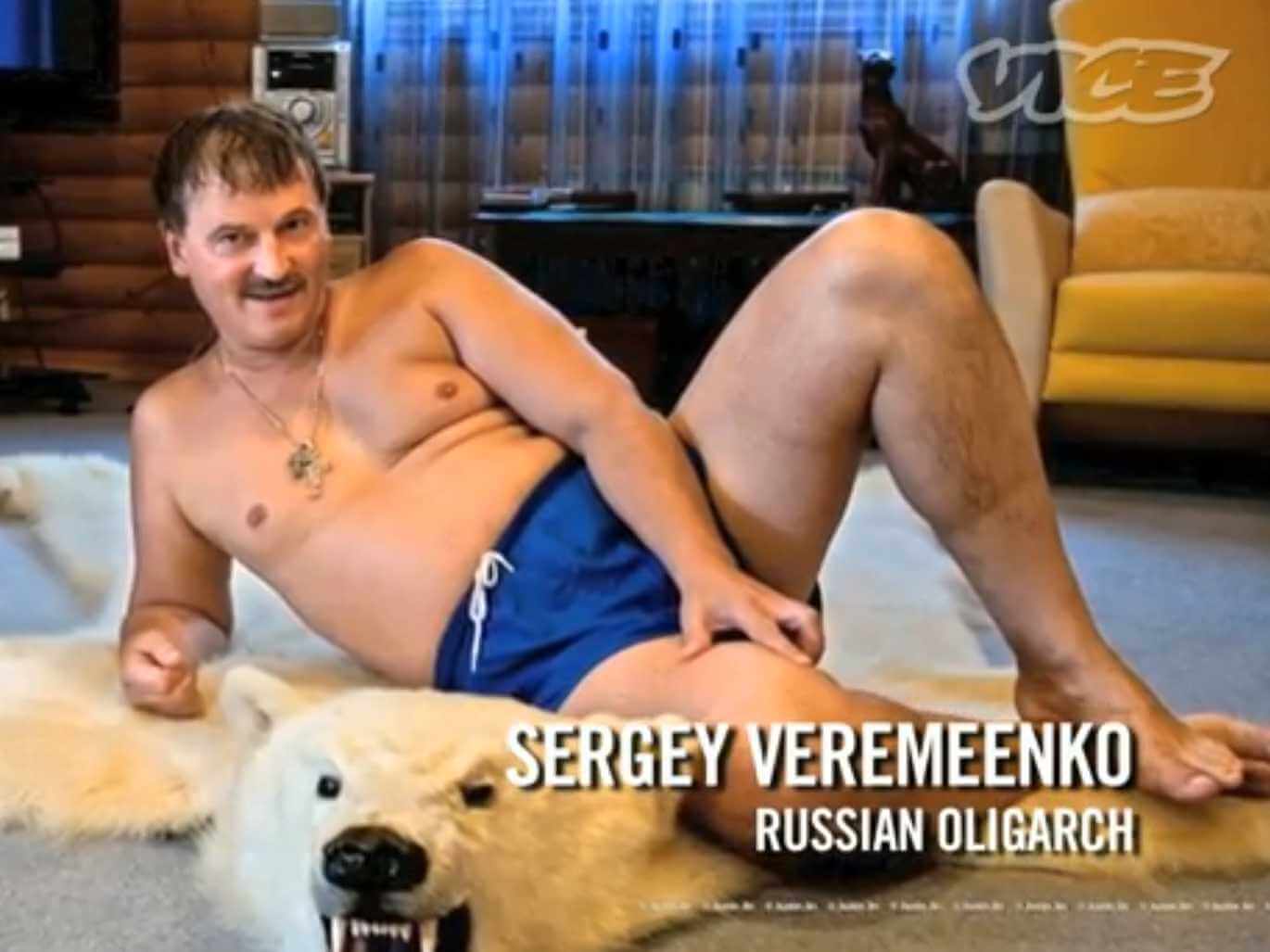 VICE
a day with a russian billionaire

The editors at Vice magazine wanted to know how the ultra-wealthy live in Russia, so they sent journalist Ryan Duffy to the private estate of Russian oligarch and billionaire Sergey Veremeenko, just outside Moscow. After the fall of the Soviet Union, many of the state assets fell into the hands of a powerful private citizens, including Veremeenko, whose net worth was $1.4 billion, according to Forbes in 2008. According to the documentary, Veremeenko is said to have ties with the Putin government and the Russian mob. However, according to a Forbes report, he made his fortunes from steel, mining, banking and microchips. Duffy shows viewers the vastness of Veremeenko’s assets, ranging from a religious art collection estimated to be worth $200 million to a separate estate dedicated to hunting. While Duffy is experiencing a slice of Veremeenko’s life, he asks him various questions about Russian life, including Americans' perception of it. 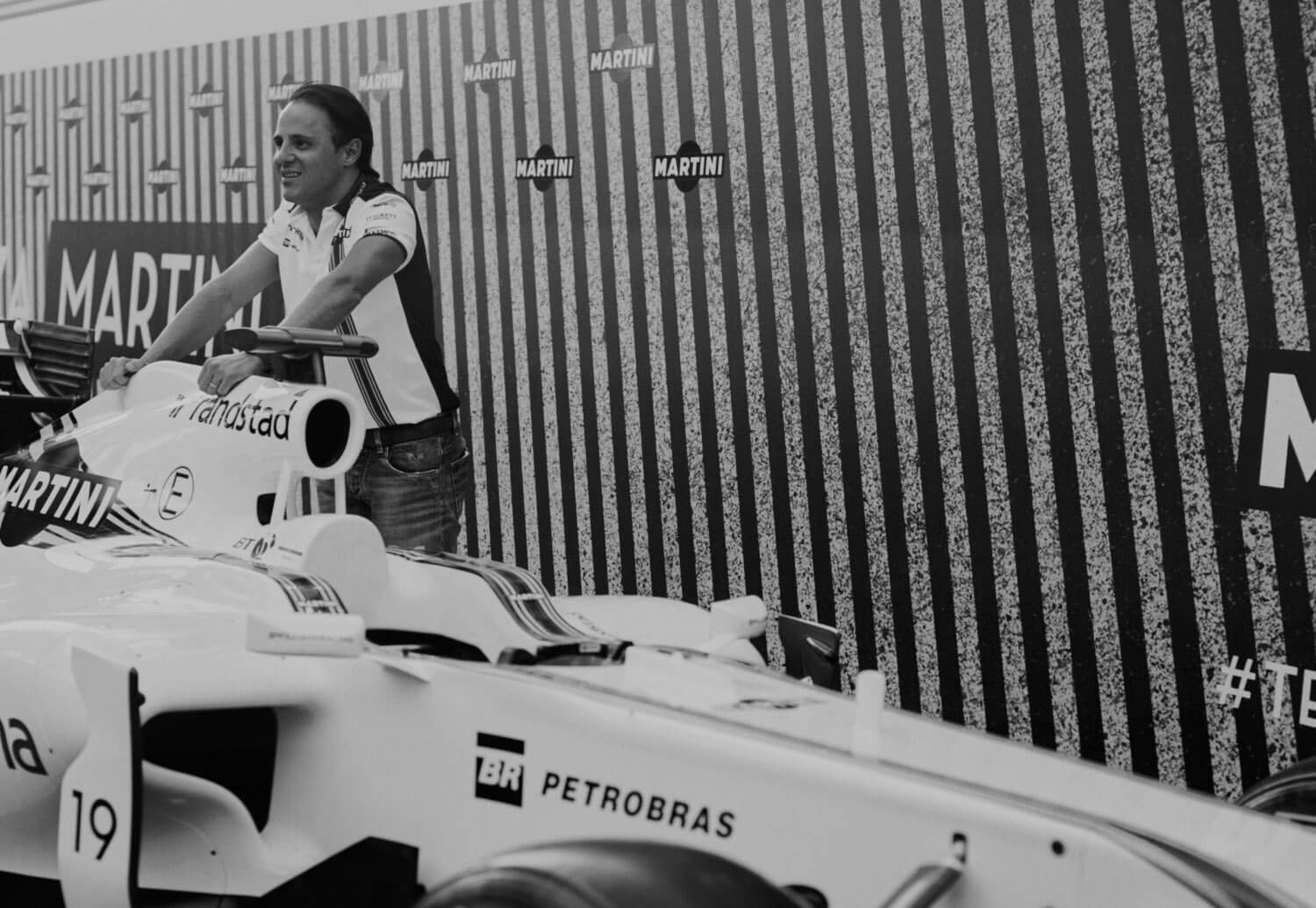 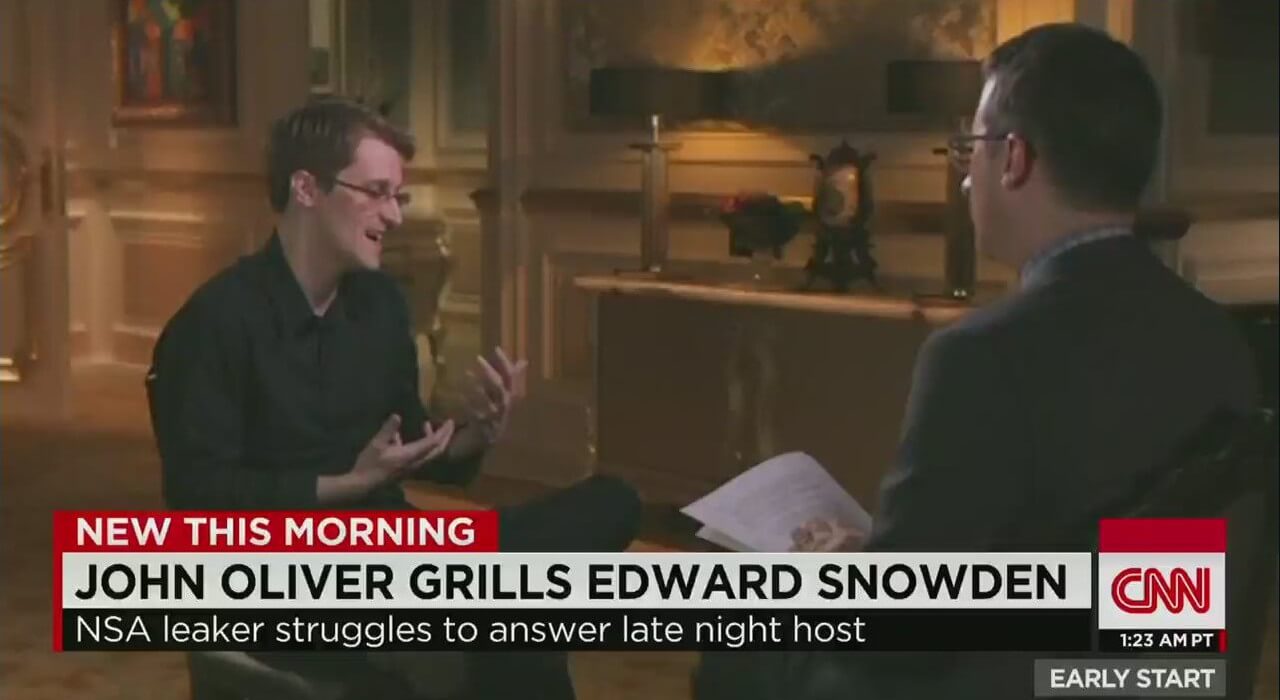 John Oliver scored a coup surprising viewers with an unannounced interview featuring Edward Snowden, or as Oliver introduced him, “the most famous hero and/or traitor in recent American history.”

Oliver traveled to Russia where Snowden has been living in exile after being charged with espionage over the leaking classified documents related to secret NSA surveillance programs. In the sitdown, the two discuss the NSA programs, with the conversation gravitating toward junk pictures. The best part for me is when John makes mention of me a.k.a. the producer who booked a room across from the former KGB. 🙂 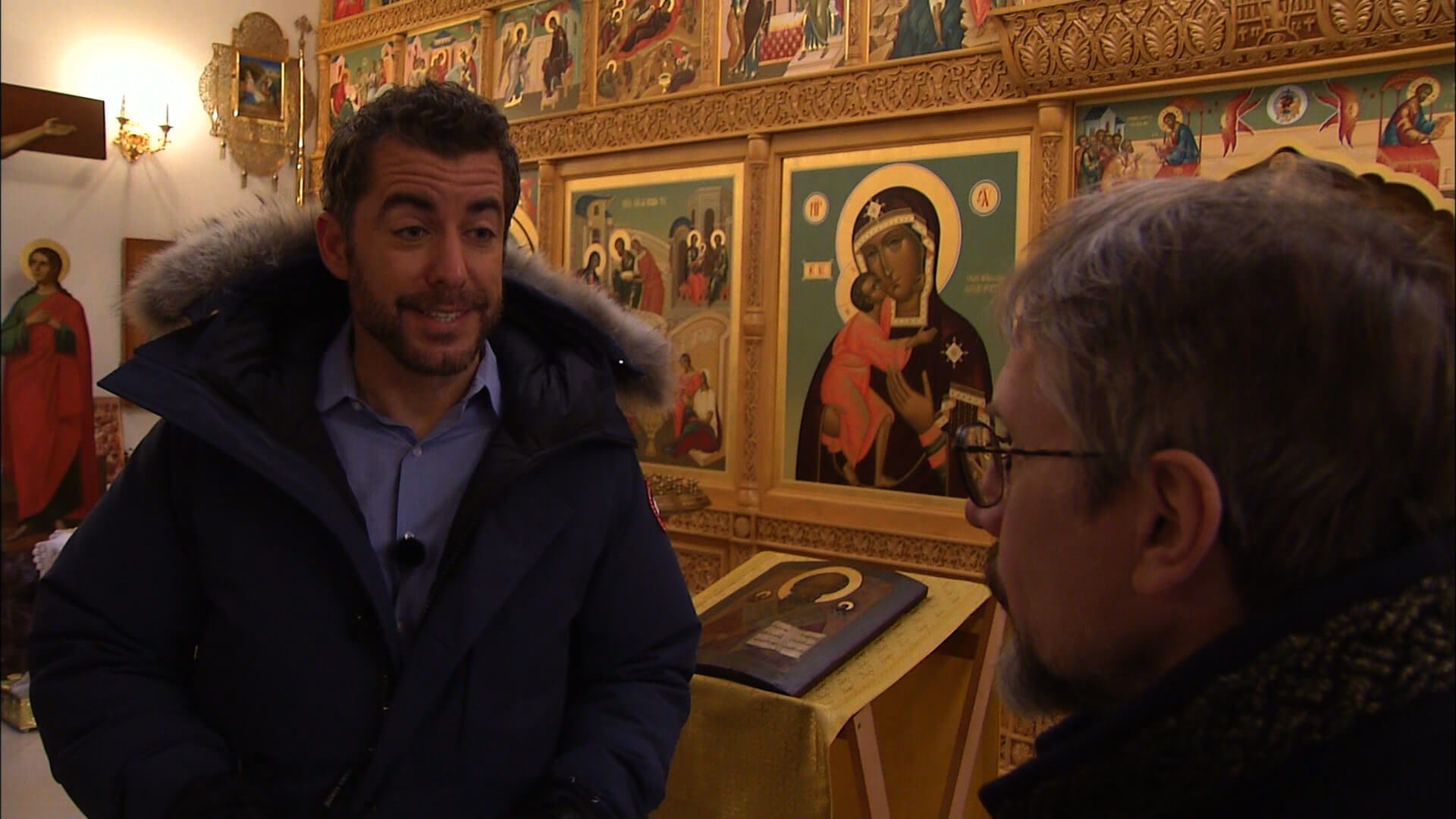 The Daily Show with
Jon Stewart 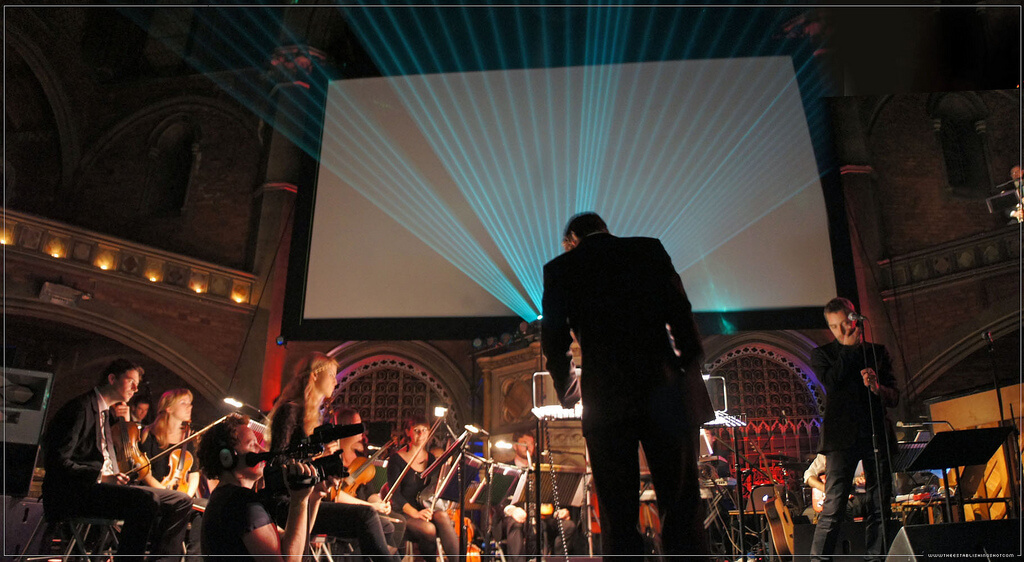 Featuring James Lavelle and UNKLE and legendary freeriders Jeremy Jones and Xavier De Le Rue, Relentless documentary Lives Of The Artists: Follow Me Down explores a theme that anyone driven by some immeasurable passion will recognise — that there are no easy rides in life. 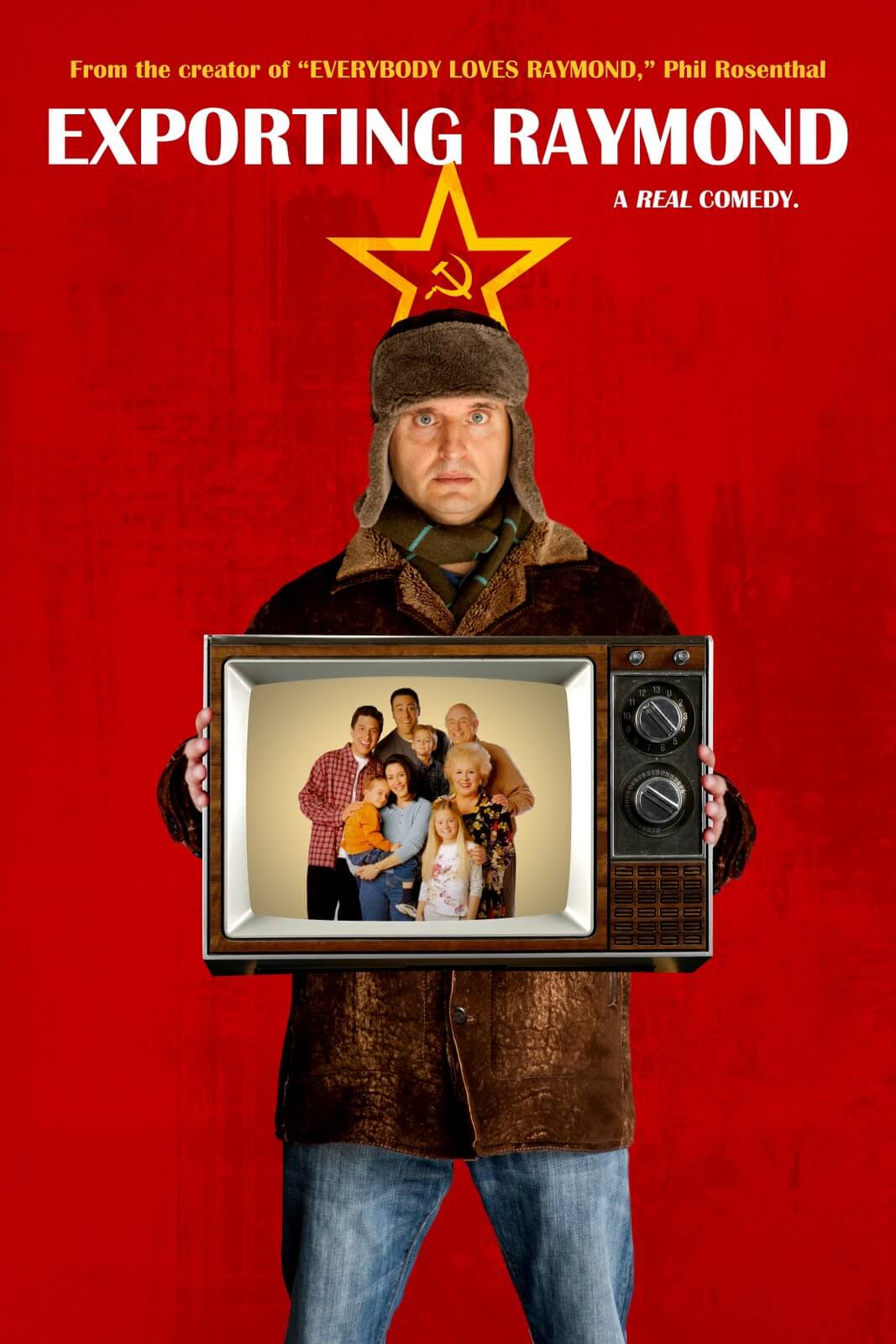 EXPORTING RAYMOND tells the hilarious journey of Phil Rosenthal, considered an expert in his country having created one of the most popular television shows of all time, who travels to a foreign land to help people who don't seem to want his help. When Rosenthal joins forces with Hollywood studio Sony Pictures Television to recreate "Everybody Loves Raymond" for Russian TV audiences.