If you want fame, make a sex tape. If you want immortality make a difference. We arent going to change the world, your brand will. To be irreplaceable you need to be different.

It is said the id is the only personality trait that is with us from birth, that it is the source of our bodily needs, wants, desires, and impulses, particularly our sexual and aggressive drives. Think of the id as a horse and the ego the rider. Sigmund Freud made this analogy; ‘like a man on horseback, who has to hold in-check the superior strength of the horse’.  The Kingdom of id reminds us that there exist a powerful unconscious driving force guiding how we rationalize and reconcile ourselves with the world and what we do in it.

As a creative studio we innovate, capture, communicate and tell stories. Our clients are dreamers, advertising agencies, advertisers, production companies, studios, networks and publications. With a brief in hand we weave stories and visuals that engage. Where others see what is literally skin deep we study what drives people viscerally, who they are, what they want and what they need to satisfy the most primal psychic force driving them. We are story and image makers, be it an adaptation of the best selling book “Requiem for a Dream” into a cult classic feature film, a documentary on the wild days of hardcore counter-cultures, the dreams of punk icon Patti Smith, provocative spreads for the fashion and apparel business, an annual culture publication for Red Bull, viral launches for recording artist, Arcade Fire or just bold advertising and editorial campaigns. We’re not an ad agency, we’re not a production company, we are a creative studio unrestricted by limitations to focus on those clients we want to work with and the campaigns we want to make. We create, shoot and implement.  Our specialty are small labels, start ups and experimental campaigns. We salivate when we hear the “Bell” - words like “never done before”, “out of the box”, and “shock and awe!”. It doesn’t matter who or what you are, all that does is what you want to do.

At the Kingdom of Id people aren’t bankers, salesmen, account executives or even artist. They are extraordinary Explorers, Pirates, Lovers, Caregivers, Rulers, Prospectors and Hero’s. In our world touching someone’s heart, helping them to think different and to view life in a new way are the rewards by which we measure our success. We aim to WOW our clients and partners especially those who are willing to challenge the status quo.

In each of us lies the truth to what we seek and what appeals to our innermost desires or fears. At the Kingdom of Id we make content; stories and imagery that mean business.

M. Scott Vogel  is the founder and CCO of Kingdom of Id, LLC. a creative studio specializing in culture, fashion, small label luxury brands, content marketing, television series and feature films. He was responsible for “bringing to life” cult films such as Pi and Requiem for a Dream, shaping the visual identities for numerous brands including Aether, Special Delivery NYC, DKNY, Red Bull, and Dr. Pepper by combining theatrical, broadcast, digital and print campaigns. 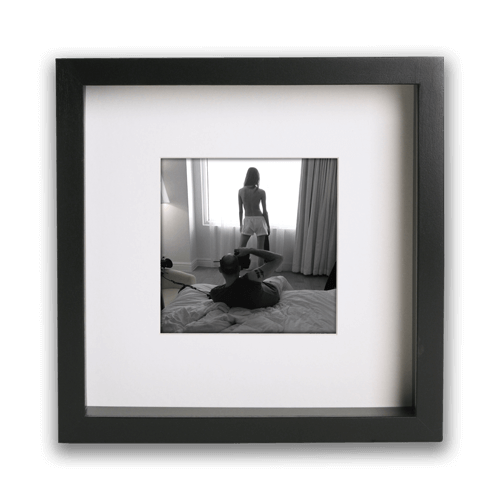 The momentum of todays modern-day renaissance is propelled by the talents of a few inspired creatives who embrace a multidisciplinary approach. M. Scott Vogel through passion and force of will has amassed a body of work that spans two decades of outstanding achievements with the industry’s best in film, television, photography and advertising. He is recognized for his work as a creative director, photographer, and director for shaping visual identities and creating award winning feature films, fashion, advertising and editorial campaigns. He draws his inspiration from various disciplines to redefine visual artistry and storytelling outside normal boundaries to push a new understanding of what is possible.

Born in Queens, NY he spent his formative years on the upper west & east sides of Manhattan. Art was a way for him to escape, while other kids his age spent weekends skiing or vacationed in the Hamptons, he spent his time exploring the Metropolitan Museum of Art, Museum of Natural History and MOMA.  It was the work of Henri Cartier-Bresson who spoke of the “decisive moment”, this is the instant Bresson refers to when capturing an event that is ephemeral and spontaneous, where the image represents the essence of the event itself. The ideological  purity of this concept captured his imagination the same way a surfer endeavors to ride the perfect wave

Inspired by French-Swiss filmmaker Jean-Luc Godard and the La Nouvelle Vague , “New Wave” he escaped the comfort zone of home and embarked on a journey through Europe and settled in France where his family emigrated. When he returned to NY he joined Marcus Raboy a popular music video director and founded Truth and Soul, a Tribeca creative studio for emerging artist. There they shaped the visual identities of Run DMC, Adam Green, Pete Rock & CL Smooth, Ice Cube, Jay Z, Mary J. Blige, Snoop Dog, Naughty by Nature and more. The work they created is considered to be the pinnacle of what made these artist who they are today. It was here he took a leap of faith with an unknown AFI graduate Darren Aronofsky and made Pi and Requiem for a Dream.

After making the award-winning films “Pi” and “Requiem for a Dream,” he quickly became known for creating features and buzz-inducing multi-channel marketing campaigns. Brands such as DKNY, Red Bull, AOL and The Gap depended on him throughout the creative process. From initial creative through post-production and programming, he brings his passion for storytelling and the “decisive moment” to every aspect of every project he touches. Prolific by nature and a perfectionist by training, he is pushing media, technology, marketing and creativity into the future.

He turned his attention to fashion editorial working with photography legends Mario Sorrenti, Glen Luchford, Peter Lindbergh, and Terry Richardson. Mentored by Mike Toth a well known creative who’s Toth Brand Image was responsible for creating the visual identities of J Crew and shaping Tommy Hilfiger’s all American image. Shortly thereafter he was contracted by Patrick Deedes’s of Lighthouse, a New York and Paris based fashion agency before opening his own studio in 2001.

He is considered by many as an artist who approaches photography and filmmaking with a singular vision and sophistication. His images capture the soul of the subject while his stories are beautifully composed, thought provoking tales of social commentary. His composition and timing put his subjects in a pure state. His extensive industry experience allows him to think quickly on his feet and manage exceptionally large crews. Favoring an intimate style of shooting, he is an efficient and a expert delegator who knows definitively what he requires and what he can do without for any assignment. He is wickedly capable and inventive , gracefully managing any difficult creative circumstance. Impossible is nothing to fear if he says its possible, clients can confidently tackle bold, never before attempted projects knowing he has the experience and artistic skill to pull it off.

What he can do for himself is almost as impressive as what he can do when working in collaboration with others. He is a dedicated and inclusive collaborator who supports the creative vision of those he admires and who share his passion for excellence. He has supported many individuals and their projects including Darren Aronofsky (Pi, Requiem for a Dream), Terry Richardson (Sparta Youth), Glen Luchford (Here to Where), Carter Smith (Heaven), Mario Sorrenti (The Monster), Peter Lindbergh (Inner Voices), Steven Sebring (Patti Smith: Dream of Life), Donna Karen (New York Stories). He believes the way to get things done is not to mind who gets the credit for doing them. Its just important to surround yourself with people smarter than you and to get it done. He has enjoyed many years of helping people start their careers and shaping their organizations.

Vogel is working on his feature film directorial debut “CYBERIA” a original screenplay he co-wrote with long time associate Adam Buchalter. He has television and web based series in the works while consulting on a number of other feature film projects and social technologies. including a special project for the Vendee. Currently he is focusing on his advertising and editorial photography.